The first 2 tournaments were won by Michael McGeady who was unfortunate not to complete a hat-trick of wins this year.

The event, sponsored by Bishop's Gate Hotel and Frylite and supported by Derry City and Strabane District Council saw 41 teams (one professional and three amateurs) competing over 36-holes.

Tim began with a round of 66 (-3) at City of Derry Golf Club and followed up with a 67 (-2) at Strabane Golf Club to finish the tournament on five under par and beat Jonathan Caldwell (Clandeboye GC) by two shots.

Rice was in contention after two rounds of the recent Irish PGA Championship but struggled on the final day eventually finishing tied fifth.

After a quiet start to his opening round at City of Derry, he sprung into life on the back nine, carding four birdies in his closing seven holes.

At Strabane, a double-bogey six at the par-four ninth threatened to derail his challenge but he fought back with three birdies on the back nine to post his five-under total.

“A 67 was a good score around there. Both courses played long, it's been so wet there was very little run on the ball.” 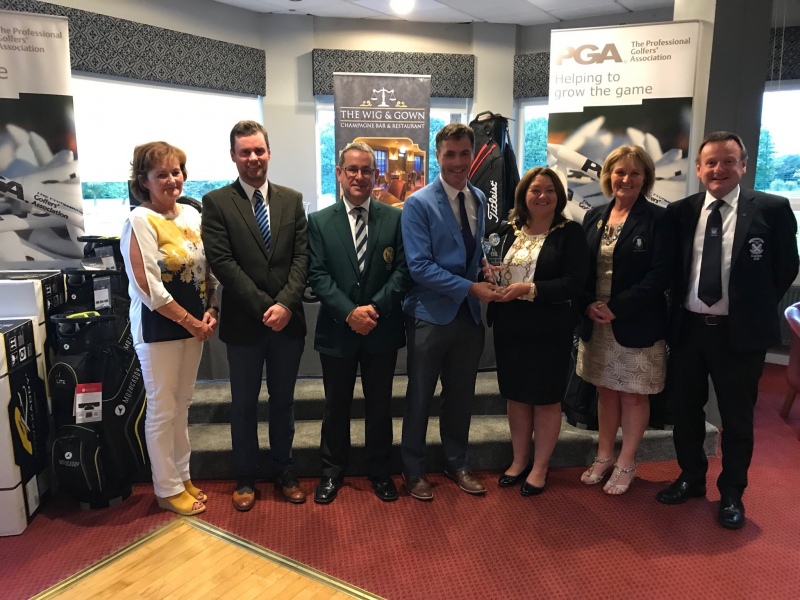 The City of Derry Pro-Am